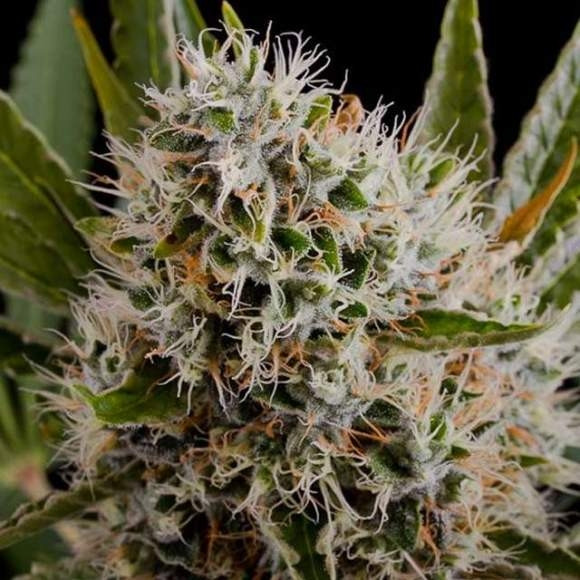 Lithium OG Kush was bred from an elite OG Kush pheno as the mother and a stable Master Kush father. The result is a high THC, indica-dominant plant that produces little CBD. Plants grow dense and bushy needing a degree of pruning to keep it in good shape and allowing good light penetration to the interior bud sites. It was named after a song by the group from Seattle that shares a name with this long-established Dutch seed bank.

Grown indoors Lithium OG Kush reaches a height of 70 – 120 cm. tall and producing 450 – 500 gr/m2 when grown in a Sea of Green set-up. It is a densely bushy plant that benefits from being fimmed – a technique that is similar to topping but where the top two thirds of the new top shoot is pinched out causing between 2 and 5 new tops to grow with consequently a much greater exposure to the light and subsequent heavier yields. Buds are a delightful light green and covered in milky-white resin after 8 – 9 weeks of flowering when they will be ready to harvest.

Both its scent and flavour resemble Sour Diesel, at first lemony evolving into a fruity, grapefruit aroma with a diesel background. This strain can produce high levels of THC with low CBD. The effect is at once uplifting and euphoric in nature explaining its therapeutic use as a natural anti-depressant with anti-anxiolytic qualities to banish anxiety. Lithium OG Kush is a top quality Kush strain for your collection.