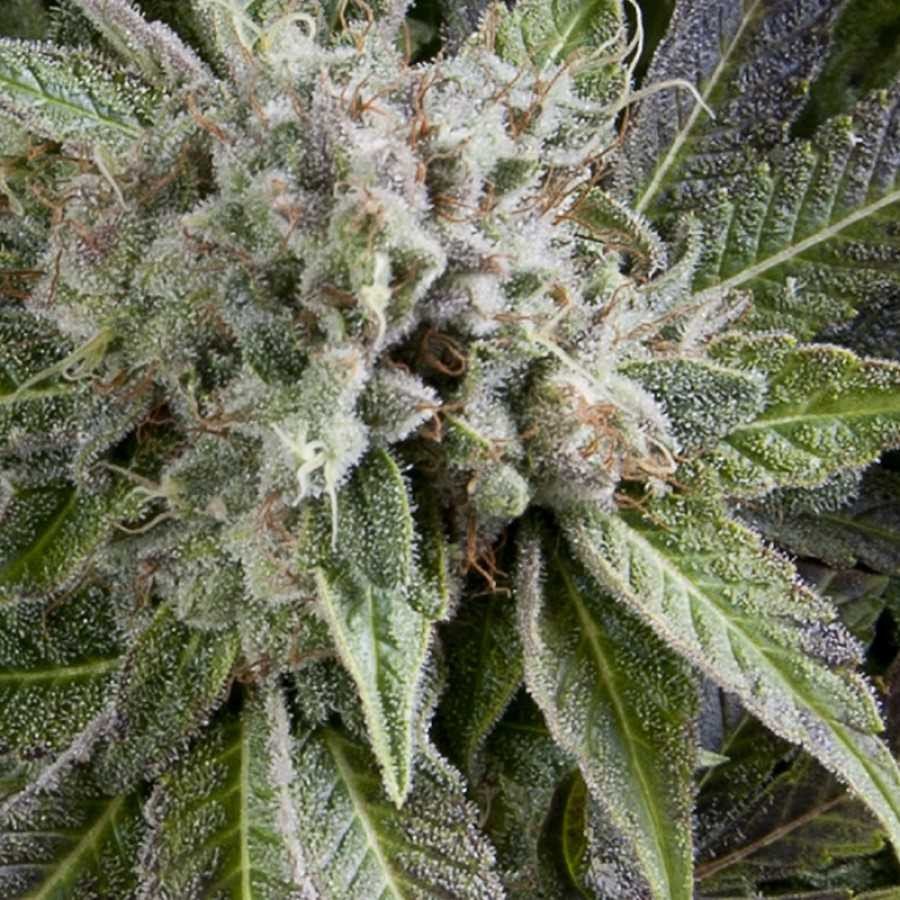 Following the long period of work which resulted in Blue Pyramid it was decided to produce an auto strain of this plant. Auto Blue Pyramid has a marked indica influence in both its appearance and its effect.

Auto Blue Pyramid is a short strain that grows between 40 – 90 cm. tall. unusually for an automatic Pyramid Seeds’ strain it has the same length of flowering outdoors as it does indoors. In 67 days from the seedling stage it can give yields of 500 gr/m2 under 600 watt grow lights. Outdoors in the same period each plant can produce as much as 100 gr/plant. In order to fully exploit this strain’s propensity to display blue hues it is recommended to keep night-time temperatures low if possible. Buds are compact and filled with resin crystals.

Auto Blue Pyramid has a lovely sweet, fruity, berry taste and its THC production of 15% with 1.4% CBD provides a very relaxing effect which generates a feeling of overall well-being. It is recommended for general therapeutic use but as yet we have no further details.