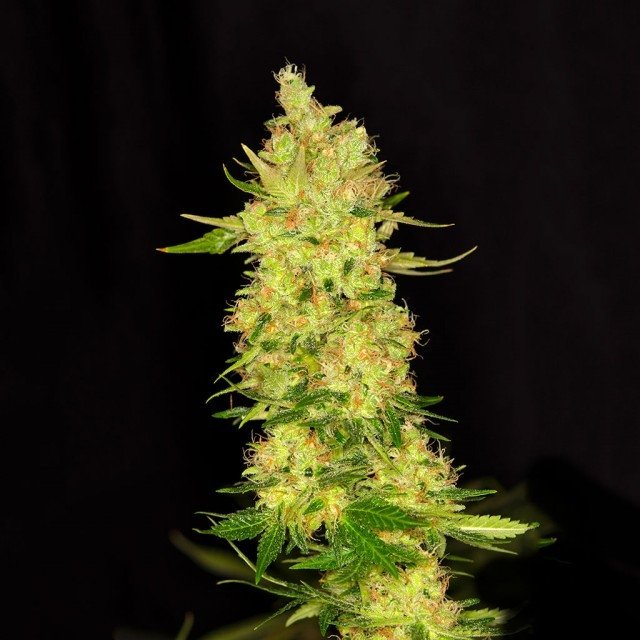 Northern Cheese is the latest Cheese hybrid strain from Dready Seeds. It is a cross of their old Dready Cheese strain with Sensi Seeds’ famous and highly-regarded Northern Lights #5 x Haze. Flavour-junkies will really get their fix as these two impressive strains synergise to produce a veritable taste sensation.

Northern Cheese is predominantly sativa yet retains the typical indica characteristic of restricted height. It’s a versatile strain that will respond well in all grow-media but it absolutely thrives in hydroponic systems especially Deep Water Culture methods. Indoor growers will be able to harvest their crops after a flowering period of between 60 – 70 days. whereas outdoors harvest will be during October in the northern hemisphere. These plants can grow as high as 200 cm. outdoors but significantly less indoors. In both environments yields are high. and support will be required as its branches are quite thin but the buds can be dense. Dready Seeds report that the use of netting does the job admirably well.

Within 2 weeks of the start of the flowering phase growers should have their carbon air-filters ready as this is one odiferous plant. It can easily stink-out the neighbourhood so this point is not to be taken lightly. That’s not to say that the aroma is unpleasant, just mighty powerful.

The aroma and flavour combine the cheese character of the UK Cheese and adds that special Haze quality resulting in something quite special. THC levels are high and have been measured at 15% – 20% with medium CBD. The effect is very uplifting in smaller doses but with increased use it turns into a very indica-like effect that will be much heavier and relaxing, such that much time can be lost whilst getting lost in its relaxing power.

The aroma and flavour is also carried over into any extracts and concentrates that are made with it and this is another strain that could well have therapeutic uses due to its high THC and very relaxing effect.