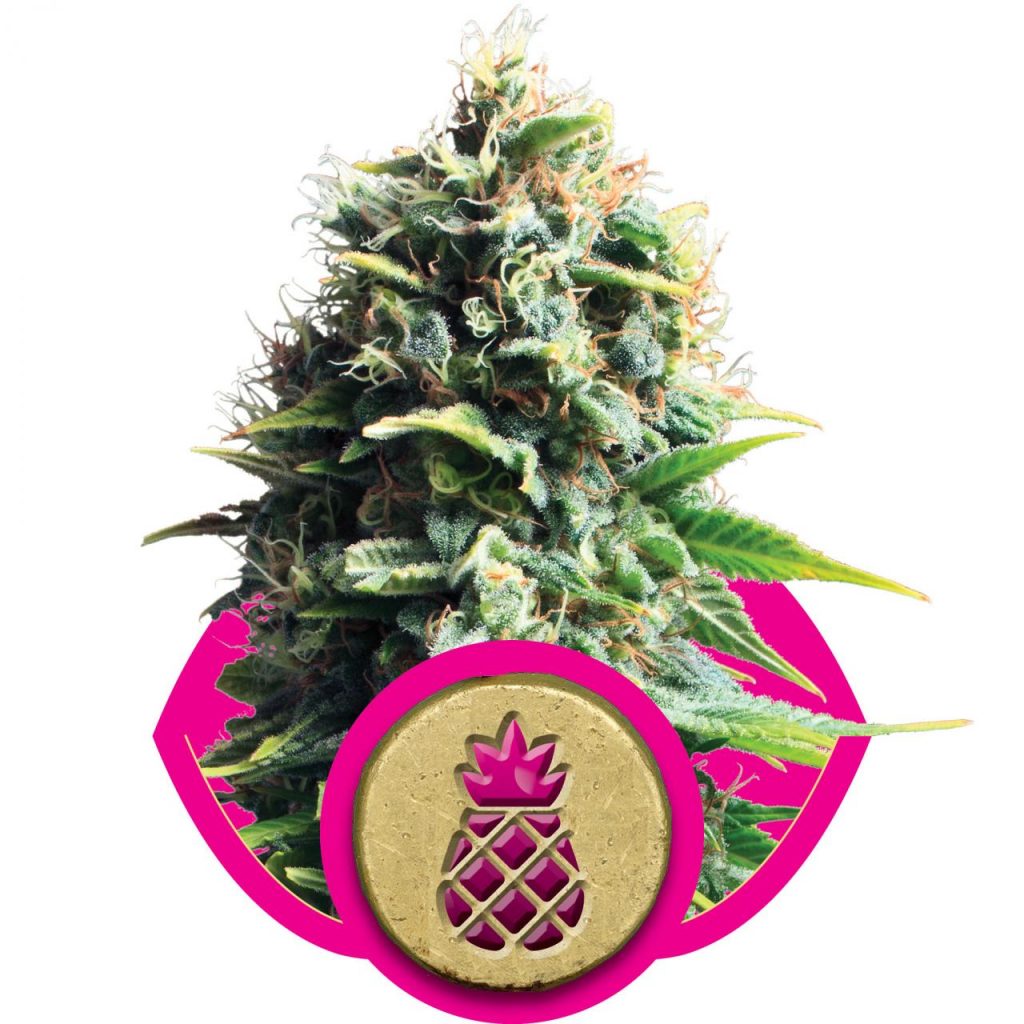 Pineapple Kush results from crossing two very popular strains viz. OG Kush and Pineapple. It is an 80% indica, 20% sativa strain that produces 18% THC with relatively low CBD. Despite the paucity of CBD it is medicinally useful as it has a very relaxing effect.

The dried weed from Pineapple Kush is very sweet-tasting with more than a passing resemblance to pineapple fruit together with notes of vanilla, mint and caramel. The physical effects are not as strong as with OG Kush but mentally it is uplifting yet relaxing, melting problems away; as such it is recommended therapeutically for anxiety, lack of appetite, migraines, ADHD, PMS and general stress levels.